Older Australians are likely to have lived through a number of global calamities, including World War II, the 1950s polio epidemic, the threat of nuclear war and the global financial crisis during the late 2000s.

This virus is a real problem for older Australians, because the virus’ mortality rate dramatically increases with age.

This compares to a mortality rate of less than 0.4 per cent for people aged below 50.

Unfortunately, there is anecdotal evidence that some older Australians are being complacent and overly relaxed about the virus, because they were able to get past the last few crisis situations and feel this one will be no different.

Given the virus’ deadly implications for older Australians, as outlined above, this attitude is entirely misguided and incorrect..

So Downsizing.com.au, as an organisation which seeks to act in the best interests of older Australians, has put together a list of how seniors can get through the virus crisis.

This is pretty obvious, but one well worth repeating.

As outlined in this Australian Government fact sheet specifically directed at older Australians, everyone needs to:

2. Be careful of interaction with children

In recent months and years, there has been growing evidence that older Australians – particularly those in retirement communities – get tremendous benefit from increased interaction with younger Australians, including children.

Sadly, the coronavirus will significantly reduce this interaction, or put it to an end – at least for the next few months.

This is because children and young people may be carriers of coronavirus, but show no symptoms, and secretly pass it on to an older person. In addition, younger children unfortunately cannot be trusted to have the same good hygiene habits as an adult.

It’s for this reason that the Australian Government, from 19 March, has banned children under 16 from visiting aged care facilities. Retirement village operators have also been encouraged to take similar measures.

This means older Australians also need to be very careful when interacting with their grandchildren. What used to be a big Grandma hug will probably need to be replaced by a friendly wave and blown kiss over a video call.

3. Time to use technology

We know that many older Australians are digitally-active, with around eight out of ten people aged over 65 owning a smartphone.

The problem is that while older people have high levels of digital device ownership, they only have moderate levels of confidence when it comes to using the devices.

Digital technology will be a huge asset for older Australians during this crisis.

This includes being able to talk to general practitioners, and accessing bulk billed services via video link.

It also includes being able to talk to family members and friends, via video link. There are many free video link options including Google Hangouts, Skype or Apple’s Facetime.

The good news is that there are some great resources out there to help seniors become  technologically-literate.

Another fantastic resource is the Australian Government’s Be Connected web pages, which also give a “dummy’s” guide to technology – including how to set up a computer and use a mouse.

This sort of support is invaluable during a crisis.

In addition, around 39 per cent of retirement villages have home care provided on-site by the village operator, and 29 per cent are co-located with an aged care facility. This means that many retirement communities have enhanced care services, compared to living at home.

Finally, of course, retirement communities deliver a supportive and cohesive community, which means that fellow residents or the community operator are likely to check on your welfare and help you out in times of trouble.

Retailers have responded to concerns that vulnerable Australians, including older Australians, are having difficulty accessing everyday essentials because of hoarding and panic buying by the general population.

For instance, on 24 March, Coles announced that the first hour of trade in its supermarkets – from 7am to 8am – each Monday, Wednesday and Friday would be set aside for customers who hold a government-issued Pensioner Concession Card, Commonwealth Seniors Health Card, Companion Card, Seniors Card, Disability Card and Health Care Card.

The Woolworths has also extended its community hour, but restricted its operation to supermarkets which have not been listed as one of 41 new “priority online delivery hubs”.

In these hubs, the community hour will be used to support online orders for vulnerable consumers, including the elderly.

This story provides information about other retailers offering shopping incentives for the elderly.

6. Continue to exercise and keep healthy

Just as before the virus crisis, it is important for older Australians to continue healthy habits – eating good food, undertaking regular exercise (subject to social distancing) and avoid smoking and drinking.

The Australian Government is offering a range of benefits, to help people – including older Australians – to get through the crisis.

Separately, working older Australians – including sole traders – may be eligible to receive a “coronavirus supplement” of $550 per fortnight and also access a regular Jobseeker Payment.

This helpful National Seniors story also explains other changes, including to superannuation regulation, which may be of interest to older Australians.

8. Stay in touch on social media

It is a good idea to have social media accounts, and stay in touch with friends and family using social media networks.

By the same token, social media networks are increasingly awash with uninformed opinions about the virus crisis. It is best to take these opinions with a grain of salt.

This is the perfect time to read your favourite books, or re-watch that old movie you loved, while you are self-isolating in your home.

Fortunately, while many local library branches have closed down, their websites do offer a range of online and free films, magazines and books (including audio books). You can also try JustWatch, which links to movies and shows you can pay to download. 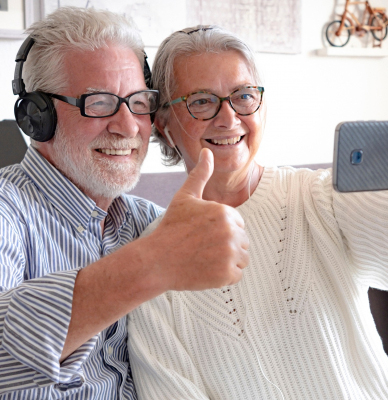 We’re keen to hear from you!